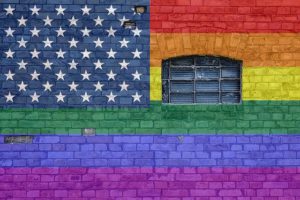 On January 5, 2015, the temporary stay on issuing marriage licenses to same-sex couples in Florida was lifted. Florida had ruled the August prior that the 2008 same-sex marriage ban was unconstitutional, making Florida the 36th state to legalize gay marriage. Consequently, same-sex divorce was also legalized because the institution of marriage between same-sex couples was finally acknowledged.

Summer Nichols Law Firm can help you if any of the following apply to you:

Because divorcing LGBT couples are treated the same by law as divorcing heterosexual couples, the issues they face with an impending divorce are largely the same as the issues many couples have faced for years.

If you are seeking a same-sex divorce in Florida, contact Summer Nichols Law Firm to discuss your case and learn how we can help!

Florida has made strides in recent years to help same-sex couples grow their families. If you are looking to adopt, Summer Nichols can guide you through the legal processes of adopting as a same-sex couple.

First, let’s look at the history of gay adoption in Florida.

Is Same-Sex Adoption Legal in Florida?

In these cases, one parent could pursue adoption and be the legal parent of the child, and the second parent would raise the child without having legal custody. These kinds of situations were not ideal, as the second parent would have no rights to the child in the eyes of the law. During this time, many couples were still able to successfully grow their families through second-parent or step-parent adoptions.

Fortunately, as same-sex couples have won the right to marry, the right to adopt has quickly followed suit. Today, the laws surrounding same-sex adoption are in a constant state of change, heading in a direction of progress. Not only has the constitutional ban on same-sex adoption been lifted, but more and more agencies are opening their doors to help hopeful parents like you grow their families.